Between all the apps, operating systems, and software that we use frequently, hardly a day goes by without an update alert popping up on your screen. It happens so often that we become immune to its importance, swiping away the alert, pushing it off to another time, or just ignoring them altogether. Sometimes it’s because we’re in the middle of something important, like work. Other times we’re playing with the latest filters on Snapchat – which, is also important! Either way, the update alert is pushed aside leaving you more vulnerable to security risks.

Updating apps, operating systems, and software is essential to cybersecurity.

Why you need to update

There are two reasons you need to update your software, operating systems, and apps when prompted. One, the old version could be compromised in some way. Two, the new version has new and better features and functionality. But, updating takes time – sometimes 10 minutes, which can seem like an eternity in online minutes. Don’t let FOMO prevent you from vital updates that could improve your cybersecurity.

Why so many updates

Hackers are more prolific than ever. It’s a never-ending game of cat and mouse between the hackers and the engineers who write and update the software. Anytime a hacker or an engineer makes a move, we all have to spend time updating. As frustrating as it may be, you don’t want to find out how much more frustrating it is to have your system hacked, compromised, or held for ransom. The damage caused by a cyber attack is going to take more than 10 minutes of your time to correct, so spend the time now updating when prompted and avoid the detrimental effects of a cyber attack.

Every update will come with a detailed list of what you can expect from that update. You can read through this list, and if it seems like it’s just a matter of functionality updates, then you might feel secure delaying the update. However, most updates, even to the functionality, will come with extra security measures. All new updates will be the most secure because hackers will have had the least amount of time to snoop around for a weakness. 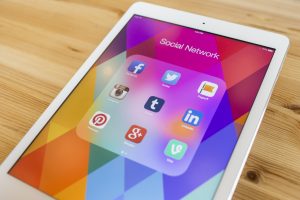 Update your apps for the latest security measures, features, and functionality.

There are a few ways that hackers operate. The first is to make their presence known, like ransomware, where you find yourself locked out of your system and a hacker demanding a ransom to release your data. The second way is for hackers to operate in darkness, sneaking around your system without you being wise to their presence. That will allow them full access to all your private, financial, and proprietary information without you realizing that you have been compromised. It is this second reason that you need to update whenever prompted. The new update could push out hackers that may have broken into your system via an old version of an app or software without you knowing.

Finally, updates mean new features that could make your life better, more efficient, and more profitable. Don’t get stuck in the past with old versions. Get the updates whenever possible and see what fun new things your apps, operating systems, and software has in store for you. Be at the forefront of innovation, and get those updates whenever they become available.

For complete cybersecurity and IT solutions for your small and midsized business, contact OnePointSync.